In April, UK inflation reached a level not seen since the early 1980s – many people’s entire adult lives. 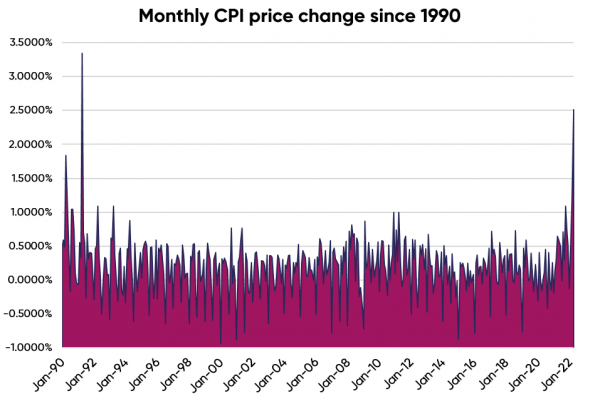 UK inflation was widely expected to jump in April as the new Ofgem utility price cap took effect. Nevertheless, when the April annual CPI rate of 9.0% was announced in mid-May, it dominated the headlines. In all the shock-horror coverage, some additional context was generally missed:

Europe and the US are experiencing similar inflationary spikes, although at the time of writing the UK was, unfortunately, in the lead. The one solace is that the Bank of England says, “CPI inflation is projected to fall to a little above the 2% target in two years’ time.”